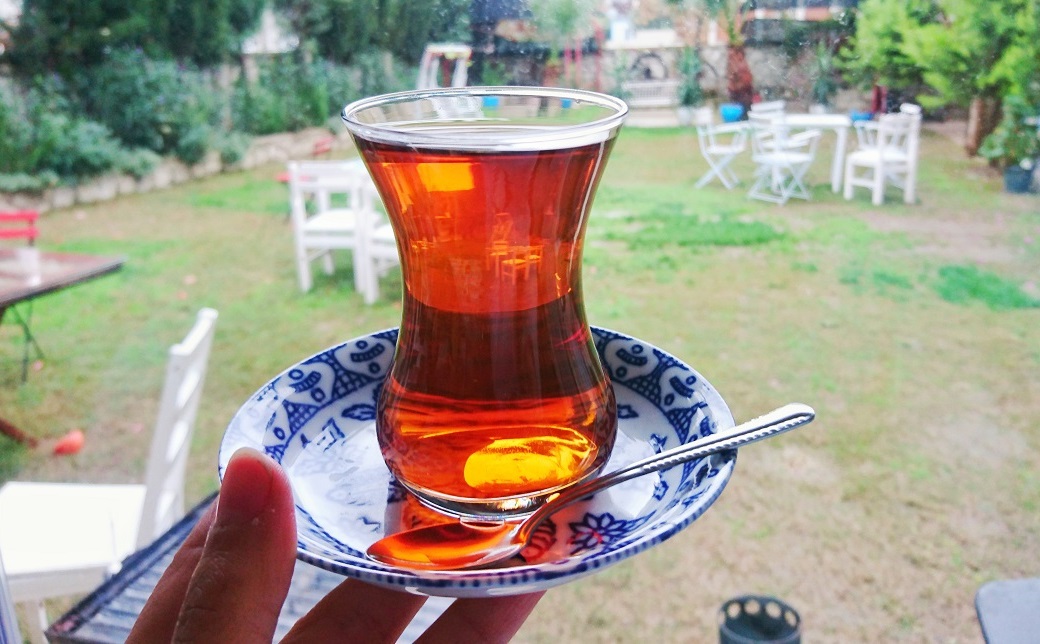 If you’re visiting Turkey soon, and want to learn more about Turkish food, you’ve come to the right place. Let's takes a closer look at the best Turkish food that you must try. 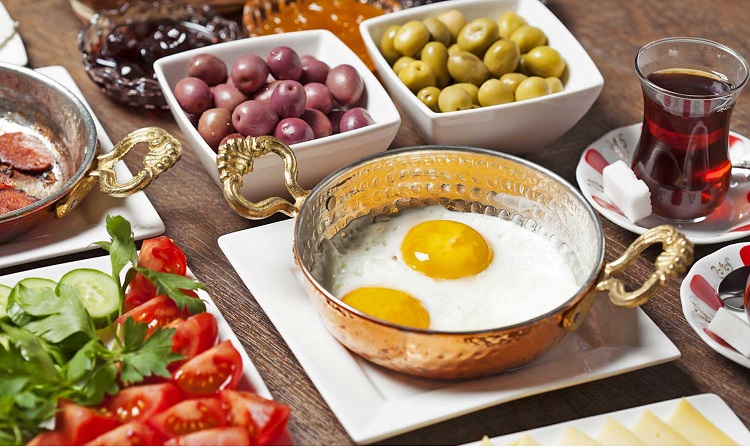 There are some very typical dishes that can be found at the Turkish breakfast table and to experience the full works. White cheese (similar to feta), old cheese (kaşar peyniri), black and/or green olives (zeytin), butter, thick cream (kaymak), honey, jam, an omelet or boiled eggs (yumurta) are regular players of the game. sucuklu yumurta and börek. These two are the most common dishes served to spoil the guest. 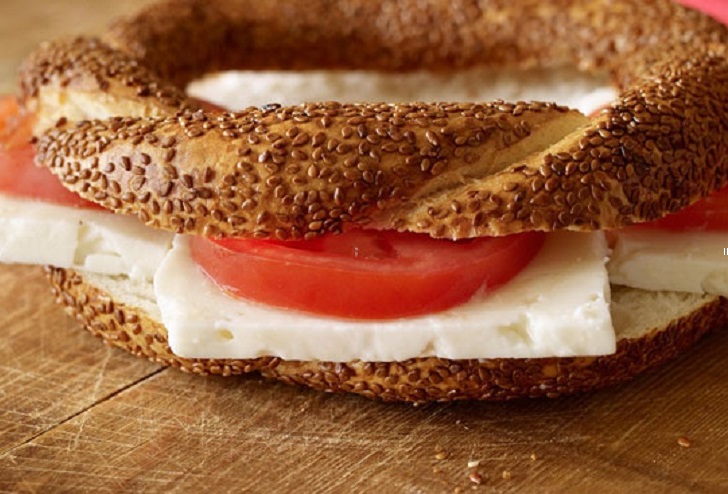 Wander the streets of the city early enough and you’ll see stocks of freshly baked simit being transported across the city from bakeries. Simit is a popular ring shaped Turkish bread. A touch of molasses and coating of seeds gives it its characteristic crust and taste. It is traditionally eaten plain with a çay or at breakfast with the addition of peynir (cheese), perhaps some domates (tomatoes) or salatalık (cucumber). 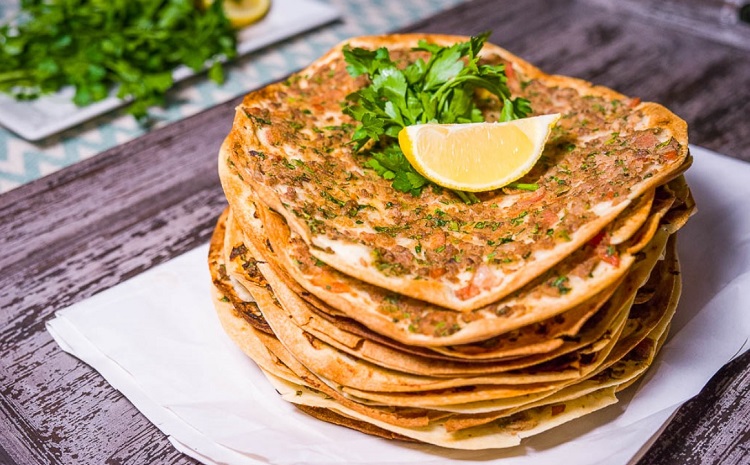 Think of Lahmacun as  super thin, crispy pizza topped with a flavor-packed mixture of minced meat with peppers. It is originally from the southeastern part of Turkey famous for its spicy kebabs and other meat dishes 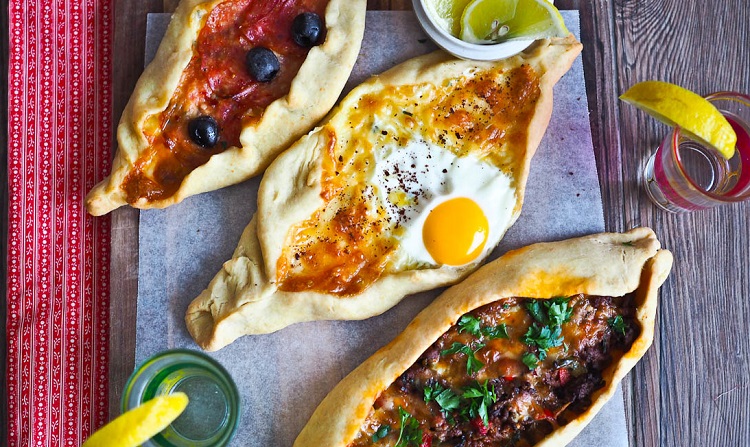 Turkish flat bread with ground meat and vegetables filling, is one of the most popular snacks. A proper pide should be baked in a brick or other stone oven. Toppings vary widely and include but are not limited to: cheese, onions, peppers, tomatoes, sausage, pastrami, eggs, mushrooms, ground beef, and parsley. 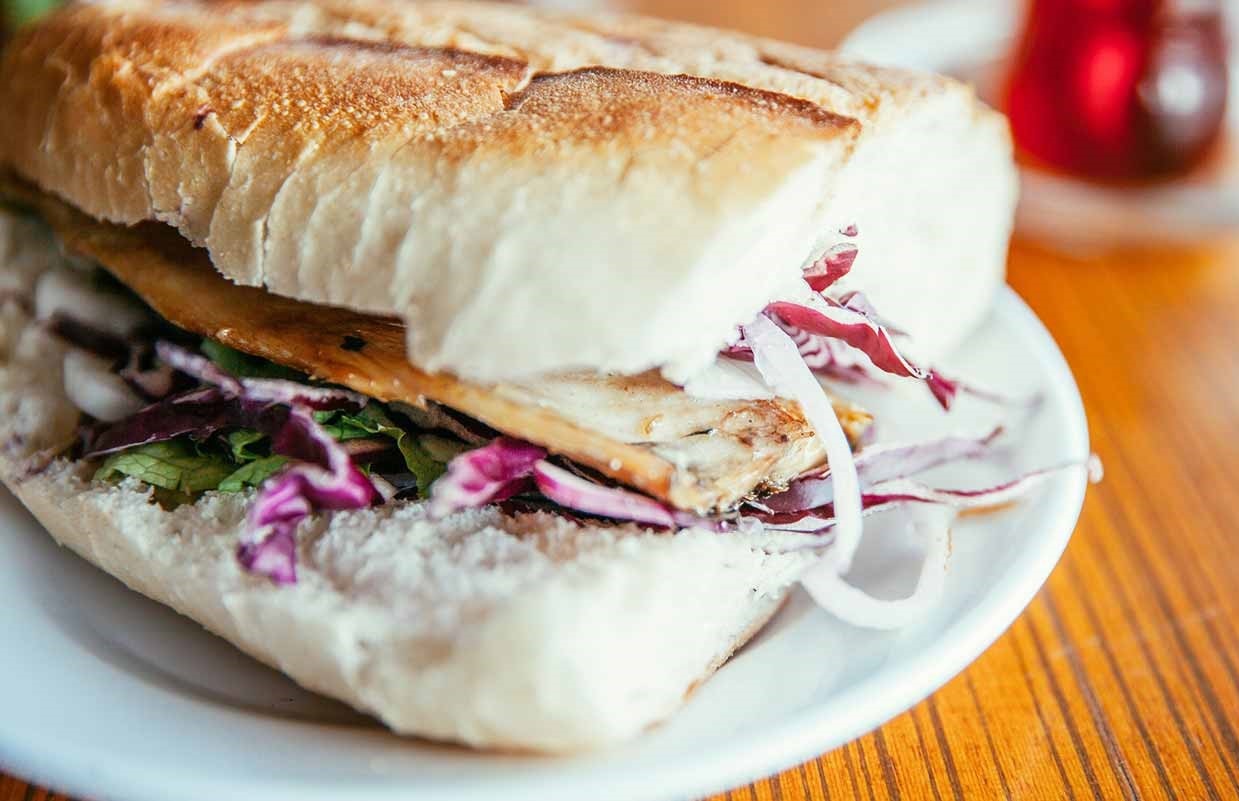 Balık ekmek  (fish sandwich) is a ubiquitous “must-eat” food in any tourist-oriented feature on Istanbul. It is a common street food item in Turkish cuisine. It is a sandwich of a filet of fried or grilled fish (typically mackerel, or other similar oily fish), served along with various vegetables, inside a bun of Turkish bread. 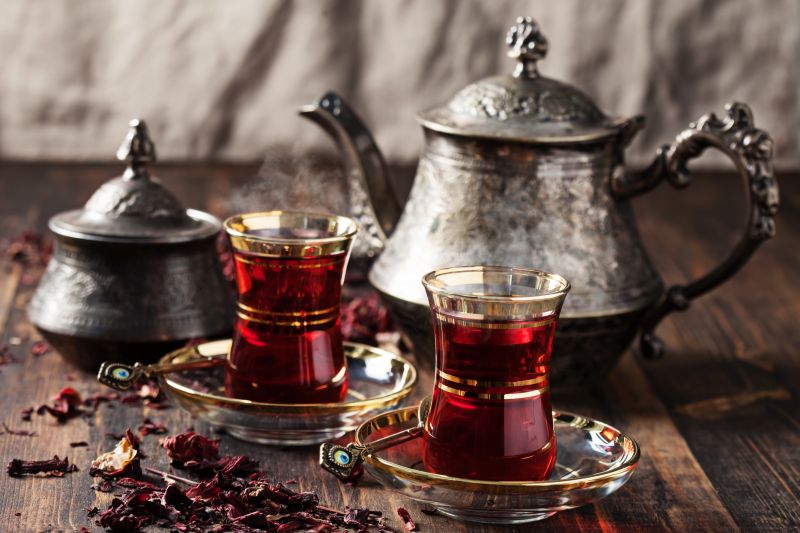 tea is big in Turkey. A great deal of the population admires this drink. The traditional Turkish tea is called cay and Pronounced as “chai” and it’s consumed massively. 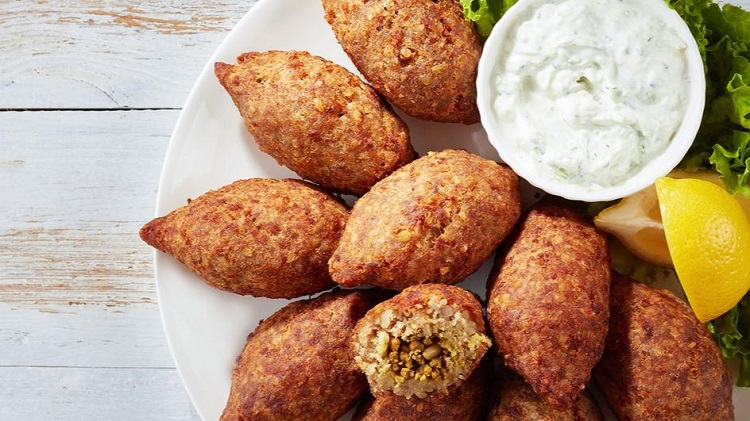 Icli kofte is is a favourite in Turkey that  literally means ‘stuffed meatballs’ and consists of a bulgur shell stuffed with minced meat, spices, onions, and sometimes nuts. Other types of kibbeh may be shaped into balls or patties, and baked, cooked in broth, or served raw . They are incredibly filling. 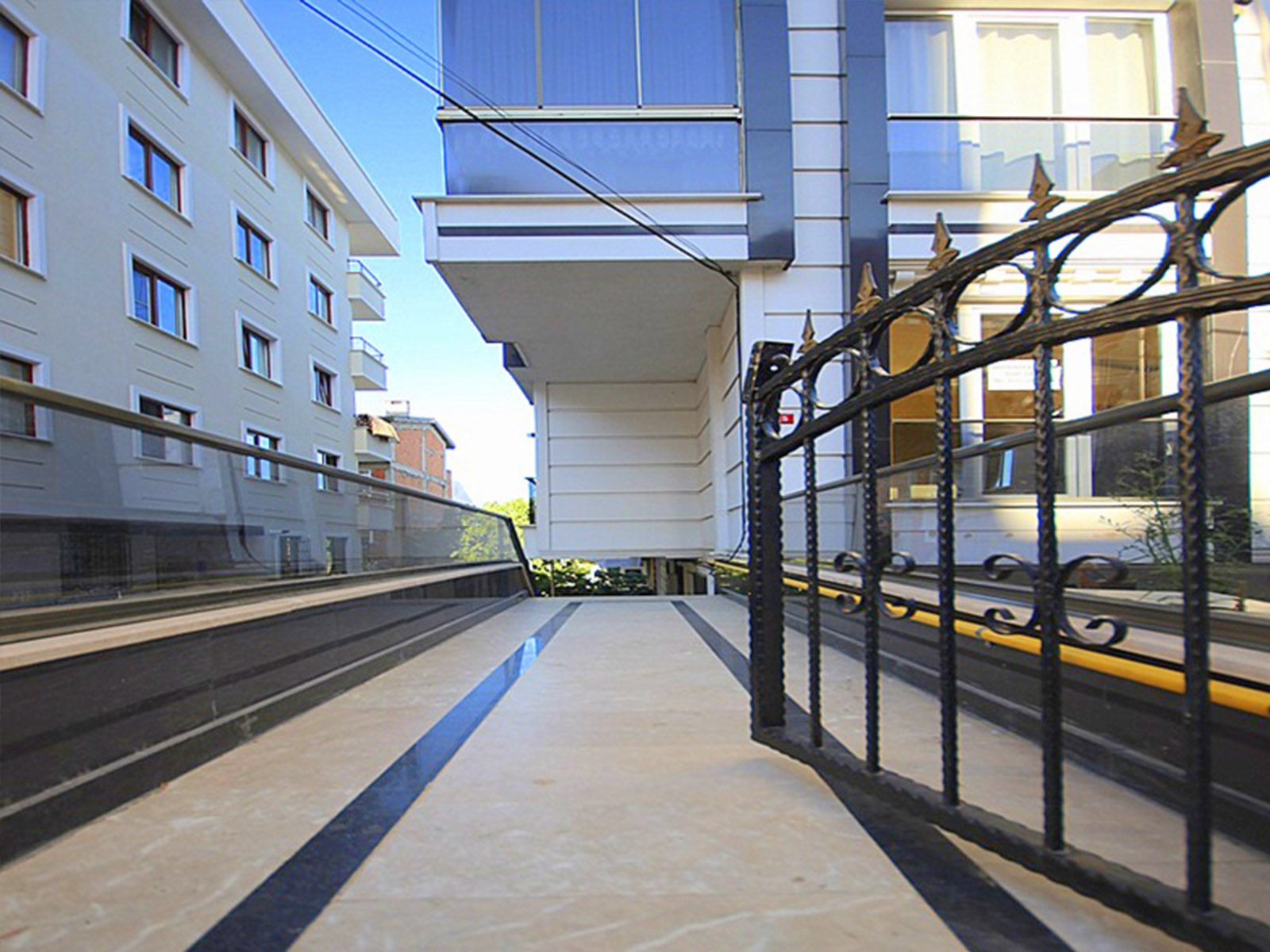